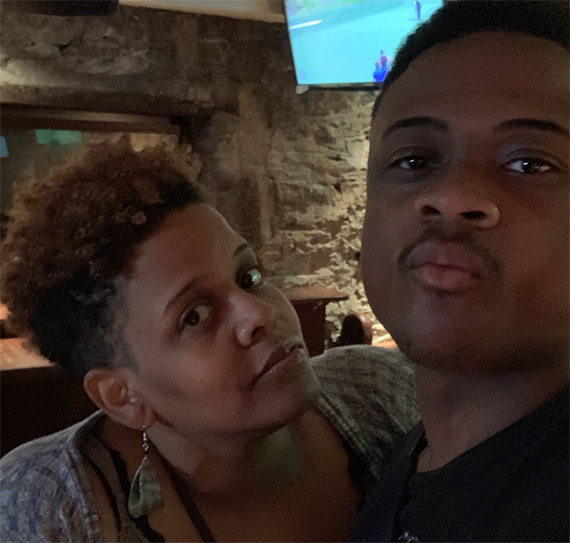 COURTESY STACEY ROSE
Stacey Rose and her son, rapper Zion “NO¡ZE” Rose collaborated on “TRAPT,” which will be shown at the BOOM festival April 17-19.

The Charlotte Post says actors are needed to fall into ‘TRAPT’ cast. Here’s an excerpt:

You could take the stage at Boom Festival.

Charlotte playwright Stacey Rose began her Boom Festival Artist Residency last month. Her residency, which is a first of its kind for the festival, culminates in a work-in-progress presentation of “TRAPT” during Boom, which runs April 17-19. Auditions will be held at Open Door Studios-Studio C (1342 Central Ave) by appointment from 10 a.m. until 2 p.m. The audition call reads: “BOOM Fest is seeking Black American performers ages 18-early 30s, actors with a background in Hip-Hop and/or Poetry performance preferred.”

Part of Rose’s goal with the residency is to foster an environment where local playwrights can be seen and heard rather than feeling like they have to go to another city to succeed. She described it as “slowly, but surely making Charlotte a place for new work.”