Where Do We Stand Now?

A Call to (Re) Create 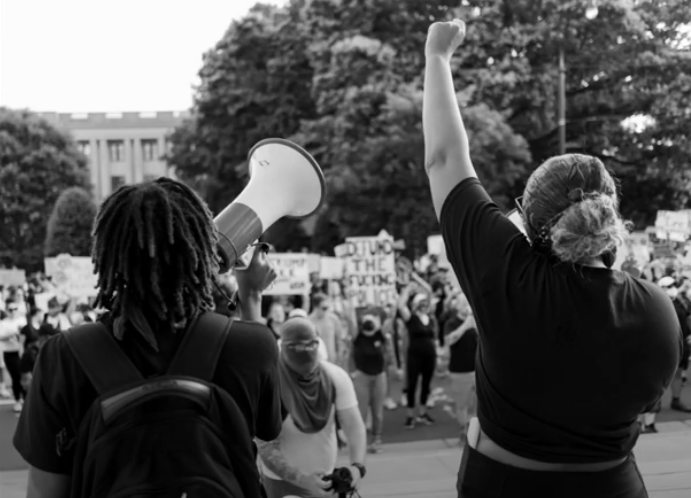 George Floyd was killed a year ago today. The haunting video of a life being choked out of a man sparked something unprecedented in a nation under lockdown from a pandemic and an economic downturn. The protests that started in Minneapolis spread world wide, and reached a scale and intensity never seen before in history.

As protests erupted nationwide BOOM Charlotte in partnership with BLKMRKTCLT, Charlotte is Creative and The Roll Up CLT asked the artistic community to respond. The response we received was overwhelming, and what was conceived as a single event grew into the 3 part Act:Now series. It featured a rich mix of visual art, poetry, film, dance, music and more, that captured some of the raw emotion and energy of the historic moment.

A year later, charges were brought against the officer and a guilty verdict was reached in the Floyd case. While several new cases of officer-involved incidents resulting in the loss of life have come to the public’s attention.

Many felt it was a time to act last summer when they joined the George Floyd inspired protests – and created art that responded to the moment. Is the action still continuing? How has the protest transformed? How has the country changed?

Once again BOOM Charlotte in partnership with BLKMRKTCLT, Charlotte is Creative and The Roll Up CLT is calling creatives of all disciplines to respond with their art.

Virtual showcase to be live-streamed on July 28

Click here for the submission form and more information.