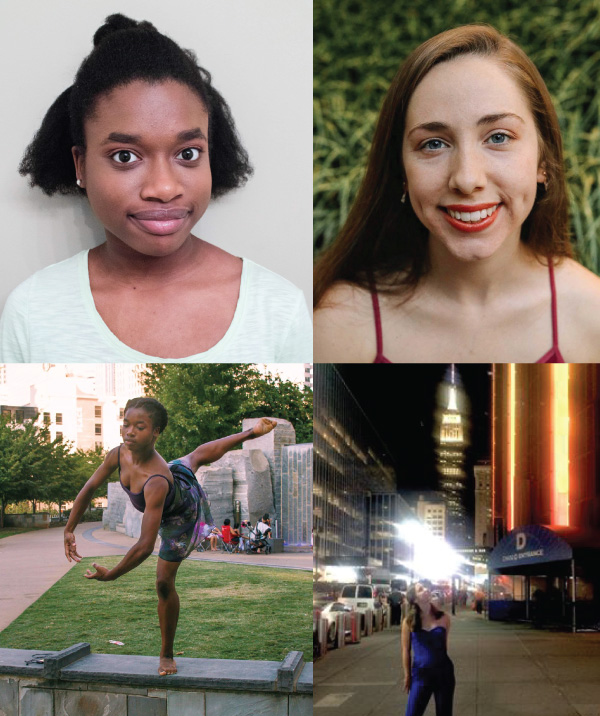 Sumayyah and Cecilia will blend their dance styles with a contemporary overlay, in a unique exploration of body and soul. Audiences can also expect to feel backgrounds in Horton and Graham techniques.

Sumayyah Smith is an emerging dancer and choreographer based in Charlotte, NC. She began her formal training with Charlotte Ballet Academy and later with Southeastern School of Ballet. In addition to creating independent projects, she is now dancing with the Baran Dance apprentice company (BD2) under the artistic direction of Audrey Baran.

Cecilia Whalen is a dancer and choreographer from Charlotte, NC. She is currently a student at UNC Charlotte, pursuing majors in dance and French, training in modern and ballet techniques under Kim Jones and Delia Neil. Cecila has also studied at the Paul Taylor and Martha Graham Schools on a scholarship, as well as at the American Dance Festival Summer Intensive. In addition to her dancing and choreographing, Cecilia is an arts writer for Classical Voice Carolina and a jazz drummer in the Charlotte region.