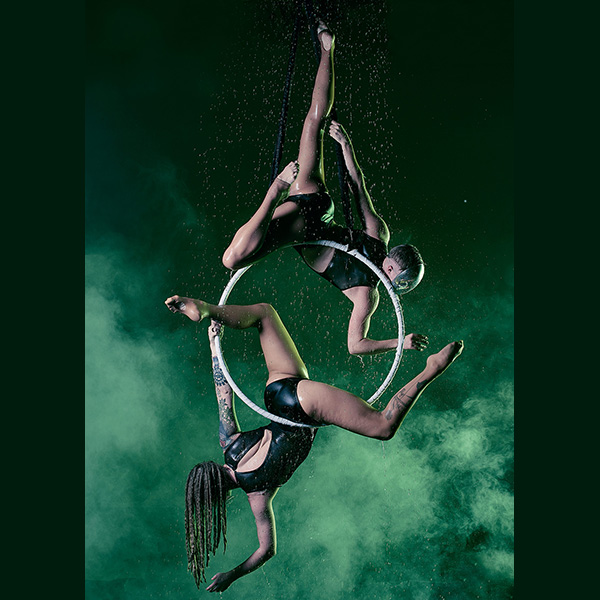 For their fragments and reflections, Spectre and Sable have reimagined pieces of the work they’ve pulled from the void over the past three years. Remixed from the original context, the palette of movement becomes open to new meanings, with bone-echoing themes from the source works.

Spectre and Sable are two lifelong-dancers-turned-aerialists who have been moving in parallel and together since 2016. United in their styles by a deep love of technique, limbliness, and all things strange, Spectre and Sable approach their movement with an intent to play and a blank fascination with that fluttering sense of unease sleeping in all our chests.