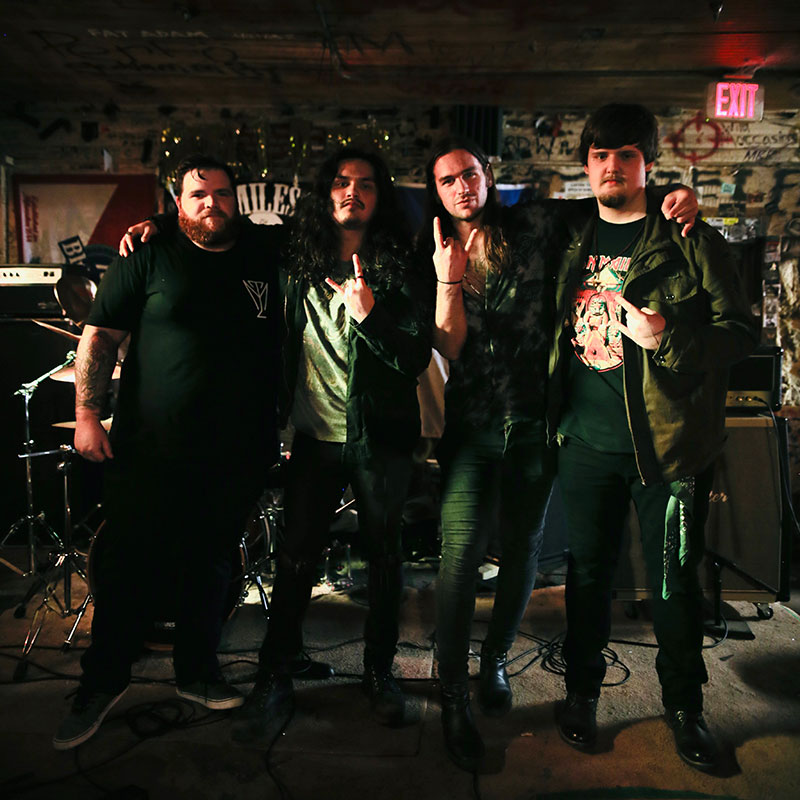 During Junkhead Jane’s performance, expect a set of 10 songs: eight originals + two covers. The covers are “Stranglehold” by Ted Nugent and “Slither” by Velvet Revolver. Their set will start off heavy and fast-paced for the first 4-5 songs, and then will mellow when they reach the original ballads, “Bernadette” and “Grave.”

Junkhead Jane will wrap their set with their original rock anthem, “Rock’s Still Rollin'” and a fast-paced, Van Halen-esque song called “Leadfoot Lover.” All in all, it’ll be a diverse and hard-hitting, high energy collection of songs, so prepare yourself to feel the excitement of Junkhead Jane.

Junkhead Jane is a hard rock band based in Charlotte, NC, that is true to the art of Rock ’N Roll. With a blend of classic rock influences, sick riffs and grunge vocals, Junkhead Jane represents rock’s revival and evolution in this generation. Their singles “Christy’s Toybox,” “Hell in Haley’s Head,” and “R.A.T.C.H.E.T” were released on all streaming services and music videos on YouTube at the end of 2019. Their first album, “Hang The Hipster,” is pending release June 2020.

Singer, songwriter and lead guitarist, Rob Salsich, started Junkhead Jane in 2019. Rhythm guitarist Rhett Bagley joined soon after replying to a Craigslist ad Rob had posted. Rob’s music also grabbed the attention of bass player James Gallimore, and soon after drummer Josh Radko. All members had been searching for years to find musicians willing to make true rock music, and they’d believed nobody out there was doing it justice. Junkhead Jane makes ROCK music unlike anything you’ll hear from the generic, watered-down, synthesized noise constantly plaguing the mainstream.