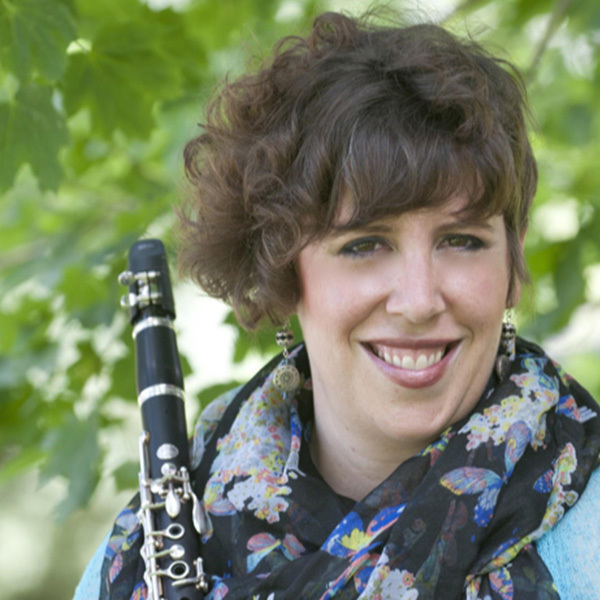 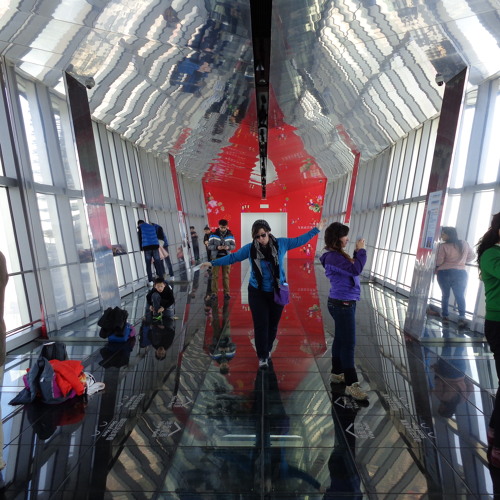 The Electric Bass Clarinet: blending the insistent rhythms of EDM with the soaring virtuosity of classical soloists, this bass clarinetist is electric.

Shifting away from standard classical clarinet repertoire, Jessica Lindsey focuses on creating and performing compositions where acoustic instrumental sounds converge with digital sounds (recorded from the world around us), which then are manipulated and processed to create an electronic soundscape to accompany her in performance. This music is called “electroacoustic” music because of the fusion of electronic and acoustic sounds.

Ms. Lindsey’s electroacoustic music explores a variety of styles that always include pre-recorded sounds, manipulated in some form or fashion to create a musical backdrop. Both the recorded sounds and the way they are manipulated provide an immediate picture of the clarinetist’s life experience, both internal and external.

Jessica extracts and trims pieces of recorded sounds into long rhythmic grooves or a jumble of sounds, exploiting a “glitch” — a sound interrupted by itself, piling on top of one another. The bass clarinet has a 4.5 octave range to add live melodic ideas to the pre-recorded electronic sound bed.

Jessica Lindsey has established herself as a dynamic performing artist and teacher, pursuing a career that is equally devoted to both spheres. Her reputation as a bass/clarinetist in both chamber and orchestral settings has seen her perform throughout the US, and as far afield as China and New Zealand. Ms. Lindsey is currently Assistant Professor of Clarinet at UNC Charlotte.

Lindsey’s music is a fusion of her classical music training and her love of virtuosic popular music (funk/bluegrass) and electronic music (minimalism/noise music). She is a classically trained clarinetist turned composer — a bass clarinetist, a music maker, a sorceress of sounds!