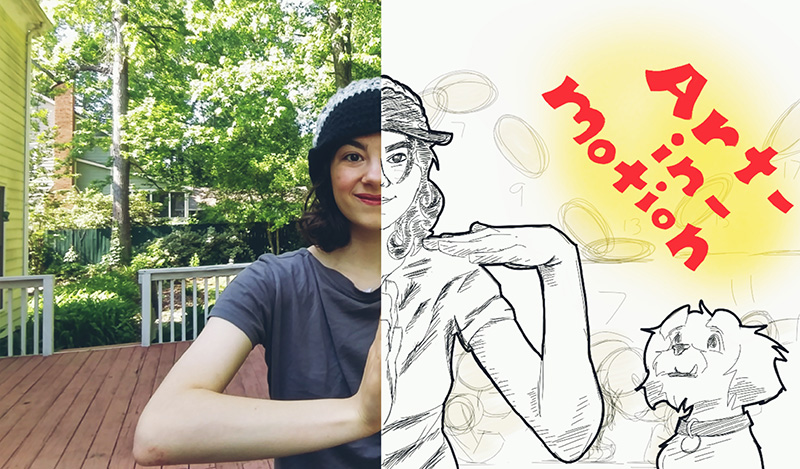 Art-In-Motion will present a series of freestyle dance performances to visually showcase what each song means through the movement of Popping and Animation, a style of Hip Hop which showcases lots of isolation, balance and robotics. Gabbi Bennetti hopes to move others with her illusions and emotions the same way dance and music has moved her.

Ms. Bennetti’s dancing skills specialize in Popping and Animation, which is a very robotic style of Hip Hop. She was originally a Scottish Country dancer who started at age 15; shortly thereafter, a friend of a friend taught her basic Hip Hop moves. It wasn’t until Gabbi started watching famous dancers on YouTube that she became truly serious about wanting to learn. She became so obsessed, she’d envision herself dancing in this style to any song to which she listened. This motivated her to practice!

Lots of practice, passion and a whole lot of Hip Hopping later gave Ms. Bennetti opportunities to participate in dance battles, take master classes from famous dancers such as Salah, Femme Fatale, Marquese Scott (aka Nonstop) and many others.

What Gabbi loves about performing is the fact she gets to express herself creatively, and she can inspire others to express themselves creatively as well!