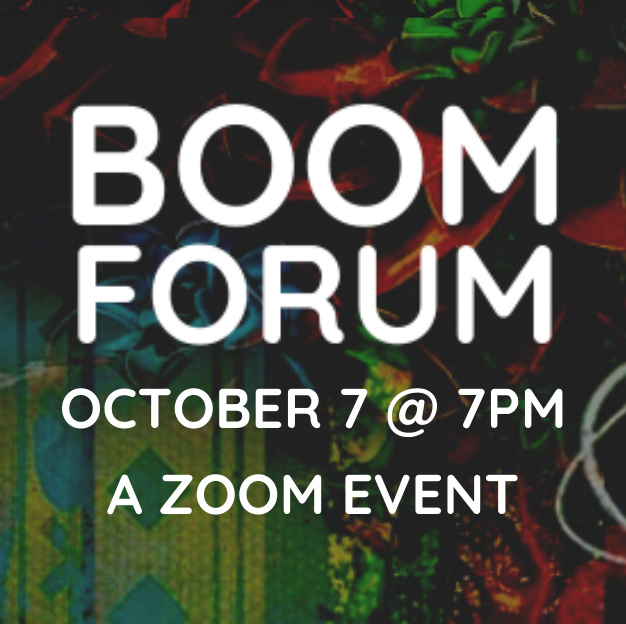 As protests erupted nationwide following the killing of George Floyd, BOOM in partnership with BLKMRKTCLT, Charlotte is Creative and The Roll Up CLT asked the artistic community to respond. We were humbled and overwhelmed by the quality, diversity and sheer volume of entries that we received. The 3 part ACT : NOW series that resulted captured some of the raw emotion and energy of that historic moment.

Now as the outrage over the Breonna Taylor verdict is rocking the nation, we are revisiting the series through three of the brilliant black artists from that series. Filmmaker Asa Kryst captured the essence and emotion of the Black Lives Matter protest in Charlotte; Dance/performance artist Sloan Pearson expressed the raw emotion of viewing the killing of George Floyd through performance art; Spoken Word artist Jay Ward used his piercing words to drive the point home about injustice in the United States.

We will revisit their pieces from ACT : NOW and have a deep conversation with the artists (moderated by Jay Ward) about how they arrived at their poignant pieces, and their thoughts on being black artists at this moment in America.

When: October 7th at 7pm

Where (how to sign up): Pre-registration required on Eventbrite for this Zoom Event

More about the artists:

Join us via Zoom this Wednesday at 7:00 pm for this conversation.