Tip the Creatives from Act II 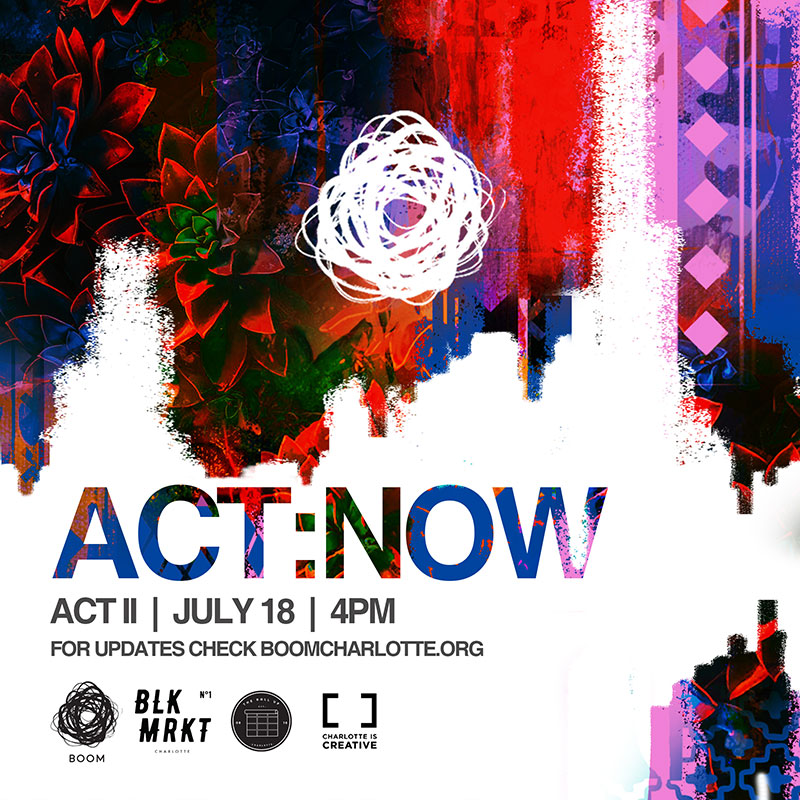 A big Thank You to the 1000+ of you who joined us live last Saturday for Act I. Part II of the series this Saturday will feature an equally diverse lineup of 14 artists/groups who have something beautiful and urgent to share. Once again the ~hour long live online event will include dance, film, music, multimedia, spoken word and visual art, by some of the best known artists of the region as well as some fresh new talent.

ACT:NOW is a 3-part series of artist responses artistic responses to the George Floyd killing and its aftermath. It is organized by BOOM Charlotte in collaboration with BLKMRKTCLT, Charlotte is Creative and THE ROLLUP CLT. Missed Act I? No worries, you can watch it in its entirety here . Act II will be recorded and shared later too, but nothing beats the experience of watching it live with hundreds of others, while reacting and chatting live with the artists and organizers. Don’t miss that opportunity this Saturday: On Youtube or Facebook Live.

Special Thanks to our Sponsors: